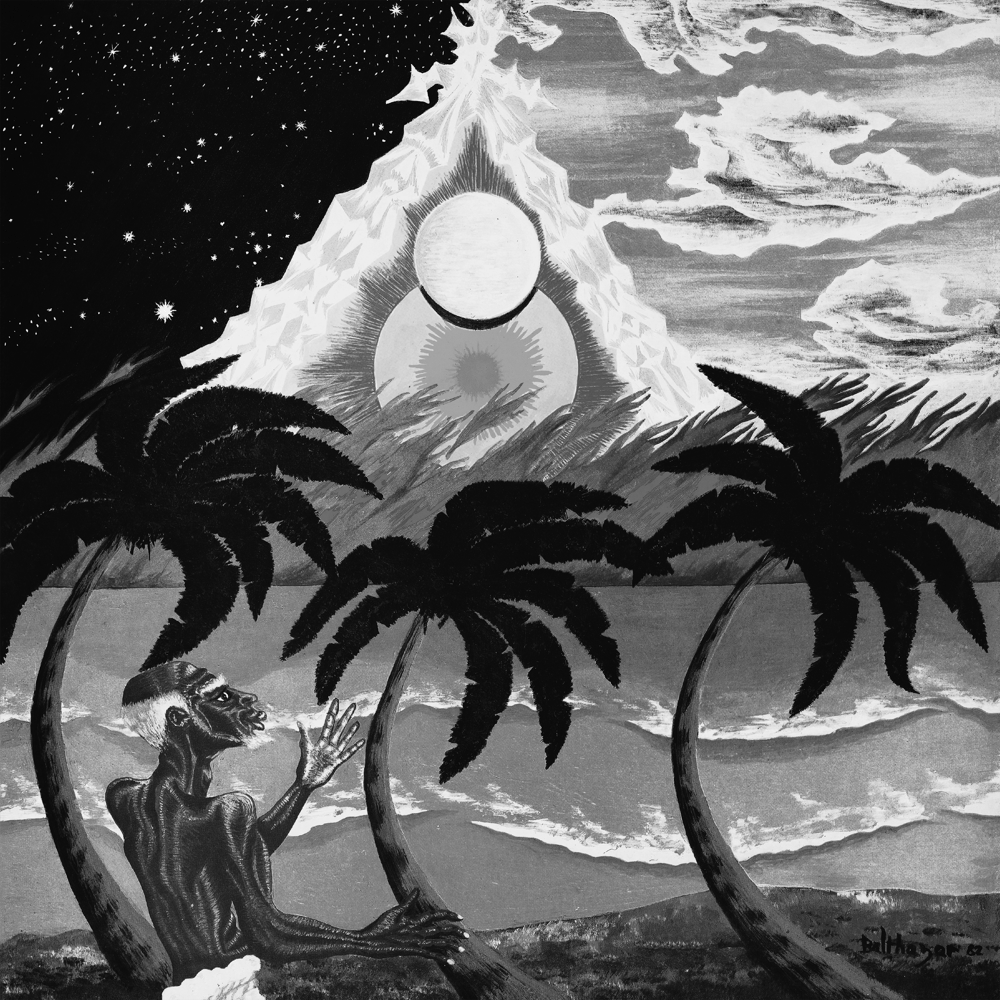 We are proud to offer a very limited edition of the Fabriano Fuzion Lp with a splendid Black & White artwork.
Limited to 50 copies.

"I used to live in rue de Clignancourt, and remember as a kid going to the 14th of July West Indian ball organized by my father rue André Del Sartre in Montmartre every year. There I would meet, among others, saxophonist Robert Mavounzy. Sticking to the area, my older brother had a band and often played at the famous venue La Cigale, where even Henri Salvador joined him for a jam from time to time."

Since childhood Serge Fabriano bathed in music, to-ing and fro-ing between his native Guadeloupe and Paris where he grew up. He attended the music conservatory, learnt how to play bass, met and played with many musicians and was ultimately angling for a career as a music teacher. But Serge had wanderlust; he lived to meet new people and was passionate about travel.
Thus, it was in a squat located rue de Flandres in the 19th district of Paris that Serge Fabriano met by chance zarb player Djamchid Chemirami, one of Iran’s greatest percussionists, who invited him to the Arts Festival of Shiraz-Persepolis. After a month-long motorcycle journey, he and his guitar teacher, Roger Bénichou, arrived in Tehran. Sadly their guitars didn’t survive the journey. It was there that he met, among others, Woody Shaw, Max Roach and his wife Abbey Lincoln. Serge also formed a friendship with saxophonist Gary Bartz and stayed on a month playing with the cream of the musicians who’d attended to the Festival.
During the mid-70's, he alternated between teaching classes and live gigs, and performed in Germany with a funk band comprised of ex-GIs from the US Army. He also met the members of Chick Corea's group, Return to Forever, and especially Stanley Clarke who became a great source of inspiration to him.
From 1978 onwards, Serge Fabriano put aside teaching and devoted more time to music. He became a musician’s musician, doing studio recordings with rock bands. He also played with members of the Caribbean diaspora, which included the great drummer Marcel Lollia (known as Velo), Patrick Jean-Marie, Guy Conquette, Winston Berkley, Mino Cinelu.
During the "Ayatollah Comédie" musical comedy tour organized by the Journal Liberation, Serge met actor Pierre Clémenti (Il Gattopardo, Belle De Jour, The Conformist). This was a game-changer : "I was trying to record my first record. Clémenti suggested the Studio Beaubourg in Paris. "

The group Fabriano Fuzion - Fabriano Unit Zion - was born.
The band brought together some of the Caribbean’s most inspired musicians: Martinican-born Mario Canonge on the piano (his first appearance on an album), Alain-Jean Marie on the synthesizer, Edouard and Pierre Labor on saxophones, Claude Vamur (Kassav ') on the drums, singer/percussionists Marie-Reine Lamoureux and Marie-Céline Lafontaine, percussionists Roger Raspail, Sully Cally and Hector Ficadière (Tumblack, Vent Levé) on Ka percussions.

It is precisely the Gwo Ka - this ancestral “root” music deeply embedded in the heart of the Guadeloupe musician - which constitutes the rhythmic backbone of this first opus. The Gwo Ka, the jazz, the poetry and the spiritual vibe are gathered here to form a splendid album; one of the true masterpieces to emerge from the French West Indies.
Rarely will a band have borne its name so well than Fabriano Fuzion - its music is a multiple and collective work in which each element brings its identity and its richness, conferring to this major work a truly fusional dimension.